Up to now all LM2, LM3, LM4 series came with i.MX28 ARM9 architecture based CPU. A new CPU generation based on i.MX6 ARM Cortex A7 is optionally available starting from LM5 series devices (LM5 has i.MX6 CPU by default, LM5 Lite and Reactor can have it optionally installed).

The following results are based on tests done in Schneider Electric CZ laboratory.

For testing purposes test bench was built with 21 pcs of LM controllers.
For simulation of real scenario there is running KNX bus traffic generator in each LM. KNX bus traffic simulates real-time work of KNX devices and caused by people in building. Structure of objects is as follows: 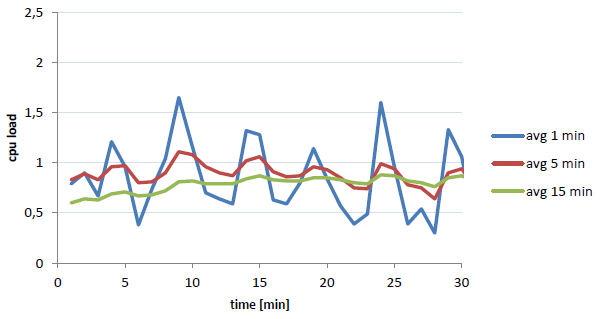 Thanks to higher clock rate and new architecture ARM Cortex A7 we reached approximately 3x more performance in comparison with actual ARM9 used in LM2, LM3 and LM4.

New CPU also can handle more users simultaneously accessed the visualization. We observe faster response in Configurator too which brings benefits to integrators during controller’s commissioning.

We use cookies to ensure that we give you the best experience on our website. If you continue to use this site we will assume that you are happy with it.Ok